The study of the impact of the Technology Vision 2035 document is an ongoing process and based on this mid-course correction in strategy is important for the country to move ahead. We have seen good action and progress in certain areas e.g. Waterways. However healthcare sector is still lagging and going by the current trend, we would not achieve the targets set by TV2035. Frequently, authorities responsible for these set a lower target for themselves that does not require a major effort! 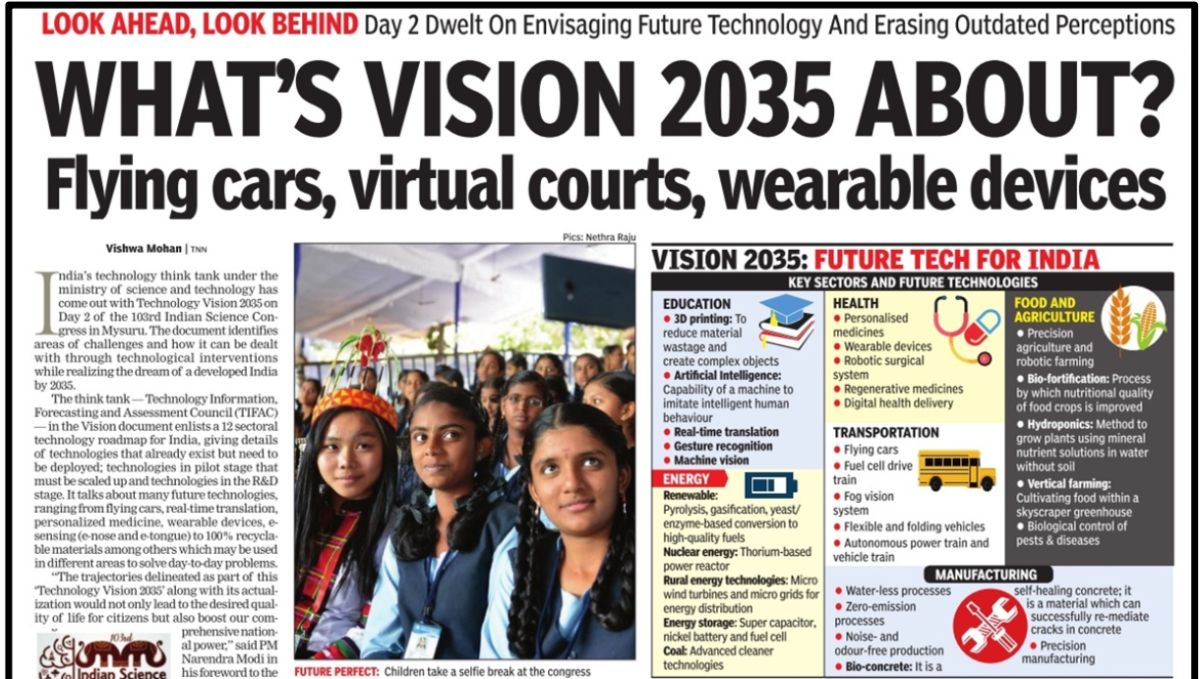 After Hon’ble PM launched Technology Vision 2035 on the morning of Jan 3, 2016 (See my blog Making and Launching of Technology Vision 2035), our focus shifted to its impact on the future of India. In that blog, I mentioned that “In the very first meeting on TV2035, I emphasized the importance of being able to communicate the document among citizens at large and policymakers, in particular. I mentioned multiple means of communication that are relevant today: (1) Print Media (2) Electronic Media (3) Social Media (4) the Internet (5) Workshops etc. Each one of these needed their own way of providing information from the document.”