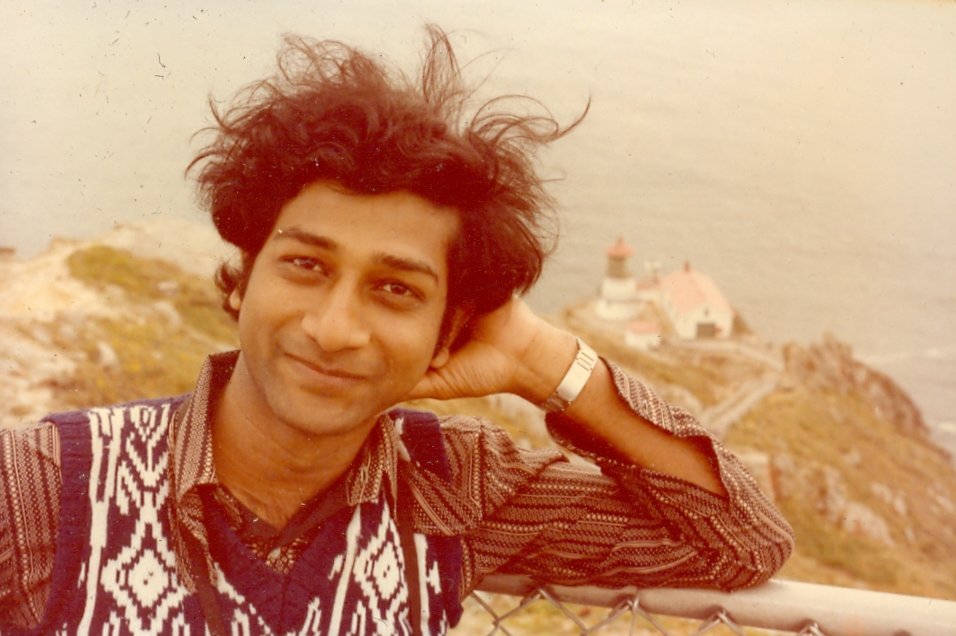 This story goes back to 1981, when I had completed my Masters in Physics from Delhi University and was proceeding to USA to do PhD. I did specialization in Astrophysics and General Theory of Relativity during my MSc. During summer of 1981, I had worked with Prof J V Narlikar on Black Holes at TIFR as part of NCERT National Science Talent Search Summer Camp.

While applying for PhD to US Universities, I had mentioned in my Statement of Purpose (SOP) that I would want to continue my research work in Astrophysics Area. I got admission on the basis of that and was lucky to get admitted to UC Berkeley along with a Teaching Assistantship to support my studies.

Somehow I could get Passport and VISA for travel to USA. Cost of travel to USA was about Rs 6000. I was flying to San Francisco from Delhi with a night halt at Narita Airport, Tokyo.  Last 2-3 days before journey were very hectic and flight was around 4 AM from Delhi. Many relatives and friends had come to see me off and possibly there were 20-30 of them. We all gathered at JNU campus as it was close to airport and one of my uncles was studying there. Since there was no space for all of us to sit at one place, we all sat on the boundary wall of JNU and were talking.

One of my maternal uncle, who had paid half of my travel cost, had also some to see me off. He suddenly asked me about the kind of research work I was going to do in USA. At that particular moment suddenly some thoughts flashed through my mind. I said to myself – “what would be the use of research in Astrophysics to India in near term? “. I answered to my uncle that either I would work in Nuclear Fusion or Space Sciences. Before that moment I had never thought of any such possibilities and never even bothered to check about what kind of work(if at all) was being done in India along those lines! In a fraction of seconds my plan had changed!

After going to Berkeley, we had to do one year of course work in common subjects. After this we could take up subjects based on our research needs. During first year, I periodically attended Astrophysics seminar etc but tried to find out about Space Science Research as well as Nuclear Fusion. I found out that there was a separate Space Sciences Lab. At Lawrence Berkeley Lab(LBL), there was a “Magnetic Fusion Energy” group working on Nuclear Fusion with major facility of Neutral beam for heating plasma. In my second year, I started to take Plasma Physics Courses and from 1983 joined LBL to carry out Nuclear Fusion Research. I eventually completed my PhD by designing a new magnetic confinement system in 1986.

So a moment of reflection about my purpose, while going out of India, changed my life and possibly I became the first person from India to do PhD in Nuclear Fusion !

As part of Eureka Program on Rajya Sabha TV, I had mentioned this. See https://youtu.be/dyDGutm8ptY

This story should inspire hundreds of Indians who leave this country each year and never return because of alluring job offers offered to them outside of the country. Brain drain is a serious problem for our country. What leads to the difference between decisions made by students back then and now ? Is it who they’re raised or people used to be less slefish and more patriotic back then? Would appreciate your input on this sir

I think I represent a very small minority who returned at that time. In fact right now it is larger percentage that is going out and returning back. We should not see it as brain drain but the fact that those who have gone out, have contributed to economy back home. Also they have created a name for Indians in globe.
Compared to 1980s, when I returned the quality of life in India has improved tremendously. So has the opportunities.So my feeling is just the reverse of what you are thinking. And probably it has less to do with patriotism and more to do with economy!

Sir, your journey to achieving your goals is incredible 😊.

Superb thought !! Great article sir and many thanks for sharing such an inspirational story, for sure hundreds of people will inspire and get focused in this area. Also your interview in Eureka Program shows that India has got unique and incredible talent that we have witnessed in our lives.

Very inspirational! It’s a great feeling that a person who played a major role in the milestone achievements in the global research is our mentor. This feeling makes us the global citizen.

Great to know about you. I had tremendous interest in astrophysics, but due to insufficient guidance ended up as Chemical Engr. But still remains updated with recent developments. You will be inspiration for many like me..

Professor, Your story will inspire many students and I hope one day mankind will be blessed with clean and economical fusion energy. What do you think about possibility of cold fusion .
By the way I am a Science / Technology geek and at age of 61 keep myself in touch with current topics. I am living in Pune and would like to meet you.
Atul Shah

Great article Sir, do you still see a future of nuclear Fusion in India

Please do visit me in my University. We can discuss topics of mutual interest.

I have discussed Nuclear Fusion in India in this video : https://youtu.be/KFZP8Svozgk

Please blog regularly. You have along with other accomplishments great talent for science communication.

Thanks Dr Anuj! Sometime when I get into mood, I write a number of blogs and then there are periods of silence too !